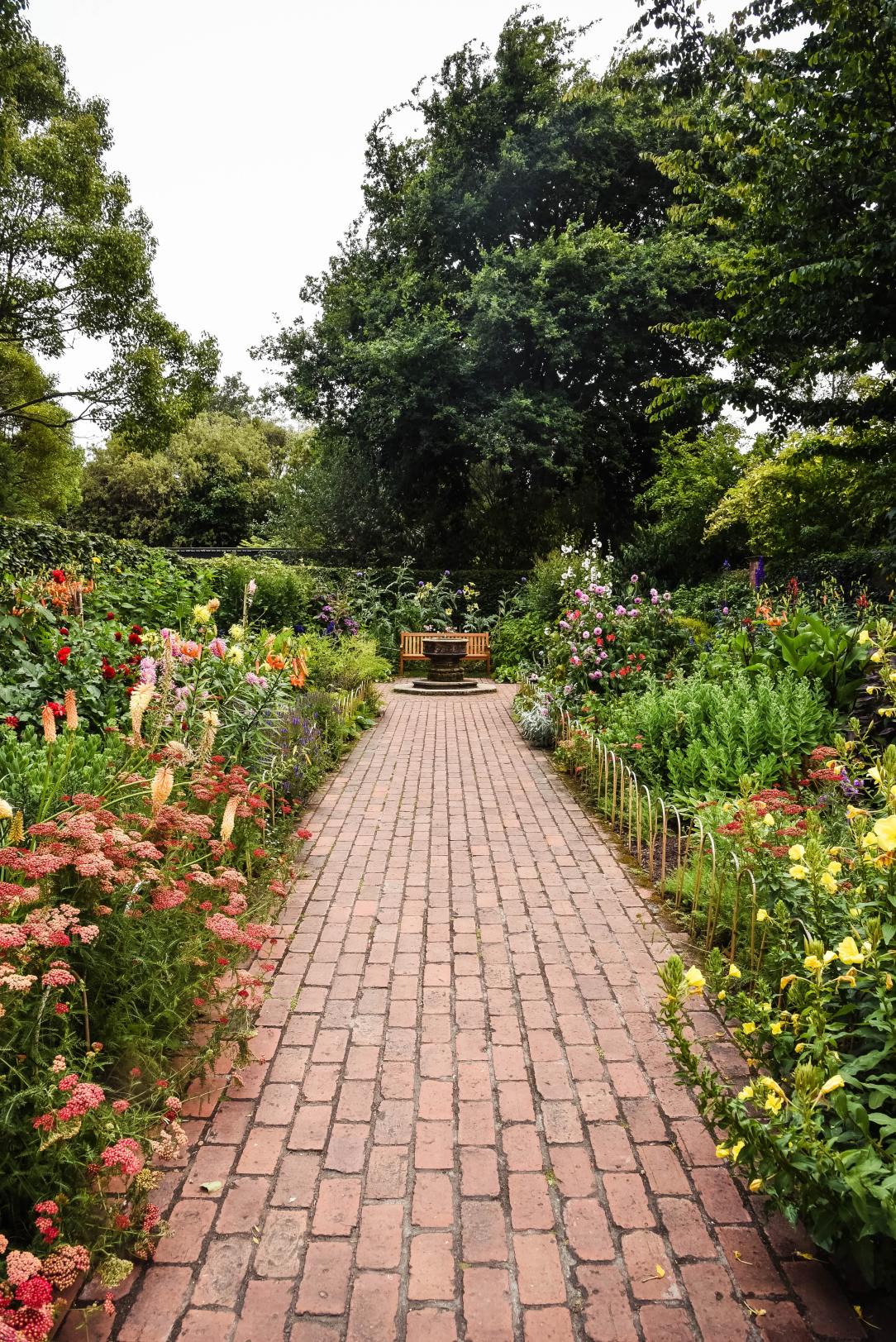 “I hate everything,” I complained, rubbing my sore muscles.

I was idling in the locker room, already dressed and waiting for Lilly and Helena. Scout and Storm were on either side of Helena, as their lockers surrounded hers; my locker was to the left of Scout’s, the first one in the first row. Angel’s locker, separated from the others to allow access across the room, was directly across from mine. Elyse’s locker was across from Storm’s, and Lilly’s was in the opposite row, so she wasn’t in view.

Angel snickered at my lamenting. “Maybe you should exercise more.”

Helena gasped from between the other two Hunters nearest us, but I held my stomach and sighed. “That would mean less time for jelly donuts and Boston creams! They’re sooo good.”

A couple our neighbors broke out in chuckles and affirming grunts. Storm, who was already dressed and closing their locker, spoke up.

“I’ve been meaning to ask: how come the others in your coven have Boston accents, but you don’t?”

I shrugged. “My family only just moved to Boston, like, a week before I started here. Before that, I was living in Spain and England. My Nanny’s actually British, so his accent has sort of rubbed off on me.”

“I keep forgetting that witches use nannies,” Storm scratched their head before replacing their black beanie. “We don’t have nannies–in a pack, all the adults take care of all of the kids, so any adult who isn’t one of your parents is called aunt or uncle or uncee.”

“In my pack, we call other adults tio or tia or titi,” offered Cosmia, who approached us while idling by Elyse. She nudged the taller girl with her elbow. “Your coven’s like that too, right Elly?”

“We just use first names in my pod,” Meredith chimed in from the back with a smirk. Kurt, Alexandrine, and the ghost twins Angelo and Anthony laughed along with her.

“We’re supposed to go back to Professor Tilki’s room, right?” Scout directed her question at Cosmia, who nodded.

“Yeah, we have homeroom twice a night. I think you and I are the only freshmen who have Tilki, though.”

“We have Katsaros,” Kurt noted, gesturing between himself, Alexandrine, and Storm. “I think that’s the same wing as you guys.”

“Ugh, you guys are lucky as hell!” Anthony groaned. His body became incorporeal as he floated above the benches at the center of the aisle. “I have to get to F wing.”

“Bro, just float up there,” Angelo suggested, meeting his twin over the benches.

“Professor Keene gave me shit over that at the start of homeroom!”

“That’s because you were floating around the class during his long, dramatic welcome speech,” Tao pointed out. “Once class starts, professors expect all spirits to be corporeal and all werebeasts to be in their humanoid forms.”

Lankesh snorted from beside Elyse. “Then what do they expect from Enchanters?”

“For us to be better than you in every way,” Lilly cut in with a snarky tone. She nodded to Helena and I. “You slowpokes coming?”

“Says the last of us to change,” I grumbled loud enough for our neighbors to hear. Instead of joining them in the ensuing chortles, I nodded to Elyse. “Hey! You coming with us?”

Elyse shut her locker and shrugged, her brown eyes averted and her cheeks flushed. “I guess.”

Angel followed us out of the locker room. “How’d I end up befriending a bunch of Enchanters?” they mused. “I’m the only Hunter in this pack.”

“At least you’re an heir,” Helena murmured. “I’m the only one here who isn’t related to a leader.”

I bumped her shoulder with my own. “Being an heir is overrated. Trust me.”

The five of us were startled by the abrupt voice. I found him easily, shooting him a wry smile. “You know, you could have just told me that freshmen are drilled to death during their first week.”

Max grinned as he approached us with Sage, Axel, Galiana, and Jett already with him. “It’s tradition to keep it a secret. It’ll be your turn to keep it from your underclassmen next year.”

Lilly rubbed her hands together. “I can’t wait ‘til it’s my turn to sit in the bleachers and laugh at younger kids being bad at sports.”

I cleared my throat. “Uh guys, these are my friends: Lilly, Helena, Angel, and Elyse.”

The upperclassmen waved and greeted the freshmen, which seemed to relieve Angel, Helena, and Elyse’s nerves. Our group merged and moved forward as one just as another wave of freshmen and sophomores emerged from the locker rooms. One student caught my eye–beautiful apple red curls pulled back in a high ponytail, with gorgeous sapphire blue eyes that made my heart skip a beat.

She said something to Suzu and Tao before she sped through the crowd until she was standing to my left. “Hey, Cari!”

“H-H-Hey, Tea!” I managed oh-so-smoothly. “You were great out there today!”

“Thanks,” she simpered, tucking a stray curl behind her ear. “You did well, too–as expected from someone who dabbles.”

The vampire winked at me, and I had to look away. This girl is beyond cute…

“Well, the only activity even close to athletics that I’ve dabbled in was broomstick riding,” I confessed.

Teagan gasped. “Really? Have you ever raced?”

Cari was mesmerized by her sparkling eyes. “N-N-No, not really. Just with my sibling and Nanny…”

My voice trailed off when I realized I had just brought up something most people would consider embarrassing. Goddess, what the hell is wrong with me?! Can’t I have one normal conversation with this girl?

Teagan didn’t seem to mind my mention of a nanny. “And? You ever win those races?”

I nodded. “My, uh, sibling was never as good as me–but I’ve never been able to beat Nanny. He used to race for sport.”

She giggled. “Sounds like he influenced you more than your own blood. Sometimes that’s for the best.”

The wave of students turned right to enter E wing. Our group idled behind the mass of students that were already waiting to reenter the building. Axel didn’t bother to stifle his groan.

“C’mon, move it!” He called out to the other students. “Jeez, E wing is worse than the Intersection after PH.”

Max brought his finger to his lips and gestured for us to follow him. Our group trickled out of the crowd and onto the grass, where Max led us to a large tree between B wing and E wing. Veils of vines and moss hung from the tree’s branches, and Max parted the curtain and ushered us in two at a time. It was a garden; a hideaway tucked between the two wings of the school. Lush green grass spread across, interrupted by various wildflowers. The opposite wall was completely covered with ivy, and two wooden benches were placed to the north and south.

“Ah, the ‘secret’ garden,” Gal sighed, putting emphasis on the secret. “I like this place. I used to come here to read during Middy.”

Galiana’s face flushed with color. “What? No!… Really?”

Sage, Axel, and Max all nodded. “Why’d you think everyone called it the ‘secret’ garden?” Sage asked.

“I don’t know, I thought it was a cute name ‘cause it’s hidden behind the tree!” Gal protested. Sage and the guys laughed at her flustered reaction. “Sh-Shut up! Now that I know the history of this garden, it’s become tainted! Tainted!”

Max smirked as he led us to the northern wall behind the bench. “What’s the big deal? It’s just kissing.”

“Making out is soooo much more than ‘just kissing,’ ” Galiana stressed. “It’s passionate, and emotional–”

“A precursor to fooling around,” Axel added in a sly manner. He nimbly dodged Galiana’s hand that had swung around to swat at him.

My half-brother had led us to a door that was hidden behind moss. “I wouldn’t know.”

The last freshman entered the room then, allowing Max to shut it behind us. We found ourselves in a storage room–extra desks and chairs were stacked off to the far right, while both the adjoining and opposite walls were lined with bookshelves filled with textbooks. The small chandelier above gave off a flameless glow.

We must be in the storage room at the end of E wing, I realized.

Gal spun around, confronting Max. “Of course you know! You’ve kissed someone before, right?”

Looking a little uncomfortable, Max gave the sophomore a half-shrug. “No, I haven’t.”

Photo by Zane Lee on Unsplash