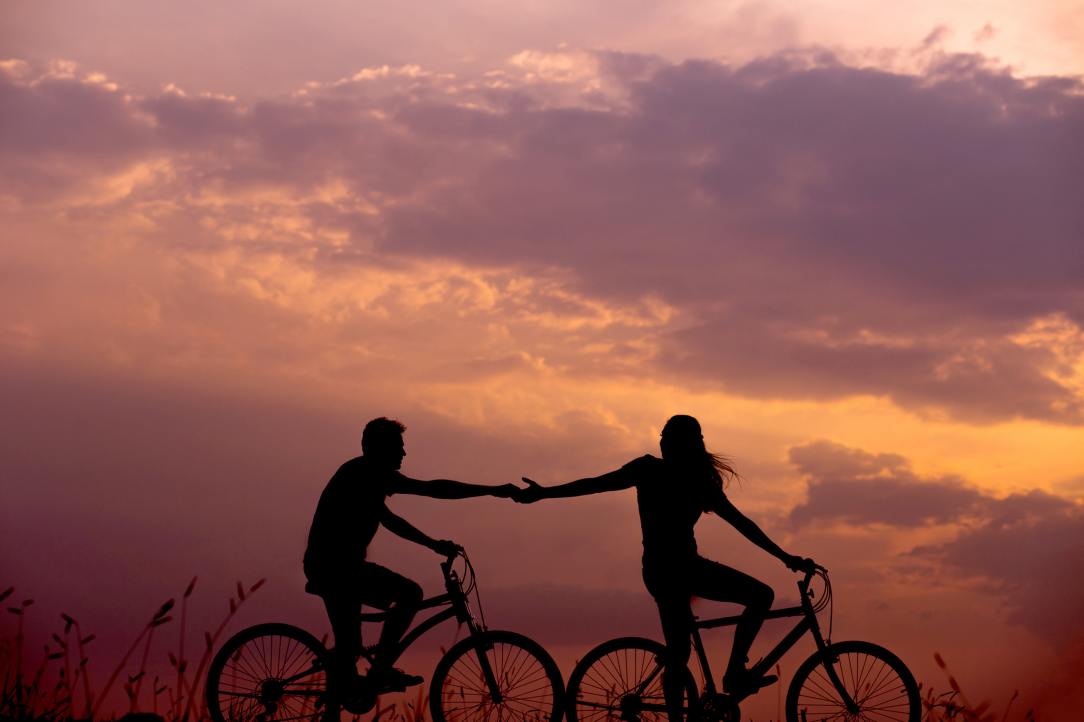 A heart-wrenching discussion followed by an overdue reunion.

Lizzie had been dreading this moment from the second she had entered his car–however, she did not regret coming with Monty to drop off Benji. The last thing she wanted was for her angry friend to say something to her boyfriend when she wasn’t around.

Monty pulled out of the neighborhood at a moderate speed, collecting his thoughts. Lizzie kept her eyes lowered to her lap, where her hands wrung together.

This is it, isn’t it? She realized. Her chest grew tighter and tighter as tears brimmed her eyelids, blurring her vision. This is where we end.

“I’m sorry,” he began. “I should have told you about the tribe and that your friends were recruited. It would have saved us both some time and energy, instead of having it out in front of the court.”

Lizzie blinked and snuck a peek in Monty’s direction. Did he just apologize?

His eyes were still on the road, so he did not see her expression–but he did notice her look his way. “You’ve been really busy with the halfway house these past few months, so I told myself that I was doing you a favor by not bothering you with this. I see now that I was wrong–I should have told you when they first showed up. The last thing I want is for you to think that I don’t trust you with court business.”

“I’m sorry, too,” she sniffled. “For yelling at you in front of the court and the council, and for making things difficult for you. I wasn’t trying to be combative–all of this really was just me trying to protect my friends.”

He glanced over and caught of her teary eyes. He reached over and placed his hand over both of hers, allowing her to squeeze him gently. His aura was flooded with royal blue and soft pink. “I know, baby. But you need to understand that my job is to protect all of you–your kids included. They’re not a group of unwanted trouble-makers anymore because you gave them a home, and structure, and support. That’s what I love about you; you see the good in your friends, and you’re not afraid to stand up for them.”

Lizzie’s breath caught in her throat. Did he say love?!

“I just want you to know that you can trust me,” he surmised. “Let’s make a deal: I’ll talk to you about court business, and you’ll trust me to decide what’s best for the colony. Deal?”

She nodded fiercely, her tears streaking down her cheeks. “Deal!”

Monty slowed and parked on the side of the road, unbuckled his seat belt, and reached for the sobbing human. She leaned against him as he embraced her, his hands rubbing her back.

“Thank you for not breaking up with me,” Lizzie whispered into his neck.

She felt his arms tighten around her. “I should be saying that to you. I was kind of a jerk today…” he sighed. “Aunt Desi told me a long time ago that there’s no difference between angels and demons. I guess I kind of lost sight of that.”

Lizzie wasn’t sure how that pertained to their relationship, so she simply pulled back far enough to gaze into his emerald eyes. The way they shined in the light of the midday sun took her breath away. Her hand found its way to his cheek, caressing it. He leaned his face into her small hand and closed his eyes. His shoulders relaxed; her thumb passed over the soft skin of his lips, a contrast to his rugged demeanor.

Monty kissed her thumb just as she kissed his cheek; she left a trail of affection across his skin until her lips found his, pressing together in a passionate display. His lips parted hers, and their tongues glided together in a hidden dance. Lizzie had never felt this way before–she had never met anyone who could ignite this fire within her, who could grant her feelings of security and excitement and desire.

No one had ever affected her like Monty Alagona.

Then it was over; their kiss ended abruptly as the angel pulled away, catching his breath and staring off with unfocused eyes.

“What is it?” asked Lizzie.

“Trespassers,” the prince revealed. His eyes refocused as they met hers. “Humans.”Lizzie’s breath caught in her throat as Monty re-buckled his seatbelt and sped off toward the complex. Human trespassers, she realized, means that bandits have entered the colony.

It was the longest hour of my life.

After Monty left me at the complex, he had Chris pick him up and take him to where the trespassers were. According to him, there were a total of six humans who crossed the border. They had managed to sneak past rotating scouts and two-man guard towers, which meant they were skilled in stealth. His angels were having trouble locating them, so they needed Monty’s affinity with their territory to provide ground support.

I wasn’t sure what the hell to think, Clint. I thought Daddy had sent some people to come after me–even after all these years, I’m still terrified of the man. I know Monty’s stronger and faster than the average human, but bandits aren’t average. What if something happened to him while he fought to protect the colony–to protect me?

For the first time in my life, I had two things I cherished more than anything: the halfway house, and Monty… And I was about to have my entire world turned upside-down, all because of you. Again.

There was a knock at the door, and Lizzie paused from her pacing to run straight for it. Mona, Gabby, Gavin, and Kaine, who had all been waiting with her in her studio apartment, stood as their friend opened the unlocked door.

“So,” announced Chris. He entered the apartment with his hands in his pockets, nodding to Lizzie’s guests. “I have good news, and I have a surprise which may or may not be considered as more good news. Which do you want first? I suggest the good news.”

“Is Monty okay?” Lizzie asked, advancing on the porter. “Is everyone safe?”

Chris turned to her with a genuine smile. “Everyone’s safe, and Monty’s fine. None of ours got hurt today, and we’ve got Kris checking the humans for injuries.”

Lizzie frowned. “What do you mean? I thought the trespassers were bandits.”

“I learned how to port indoors.”

Then she took the angel’s hand, and the two were gone in a blinding flash.

When the light dissipated, Lizzie found that they were standing in the driveway of a red brick home with a grey roof and navy shutters. It was hard to see where the overgrown lawn ended and the forest behind and surrounding the house began. She wasn’t given long to dwell on their new location; Chris gestured for her to follow as he marched up the walkway, leading her to the stoop. A pair of French doors greeted them, their wood painted the same navy as the shutters. The porter held one of the blue doors open for Lizzie, and she confidently walked in.

The Council of Elders were the first people she saw. She nodded somberly at Matteo, who returned the gesture respectfully. She continued forward and found the younger angels standing around the living room, forming a semi-circle around a group of four individuals. Lizzie found herself silently cursing her shorter stature.

Monty, who had been whispering to the trespassers, turned to Lizzie and gestured for the court to let her pass. Sam and Natalie stepped aside, allowing her a better view of the humans–

She gasped. Her feet refused to bring her any closer. Her mind raced as she took in the familiar faces of these strange women. One was in her thirties, while the other three ranged between Gabby’s age and Mona’s.

“Elizabeth?” asked the older woman. Her voice barely registered above a whisper, but Lizzie was dealt with a pang of nostalgia. Her thick onyx hair was pulled back in a braided bun. Her voice was smooth as velvet, and her russet eyes were the same shade as the pair that stared back at Lizzie from the mirror.

Photo by Everton Vila on Unsplash