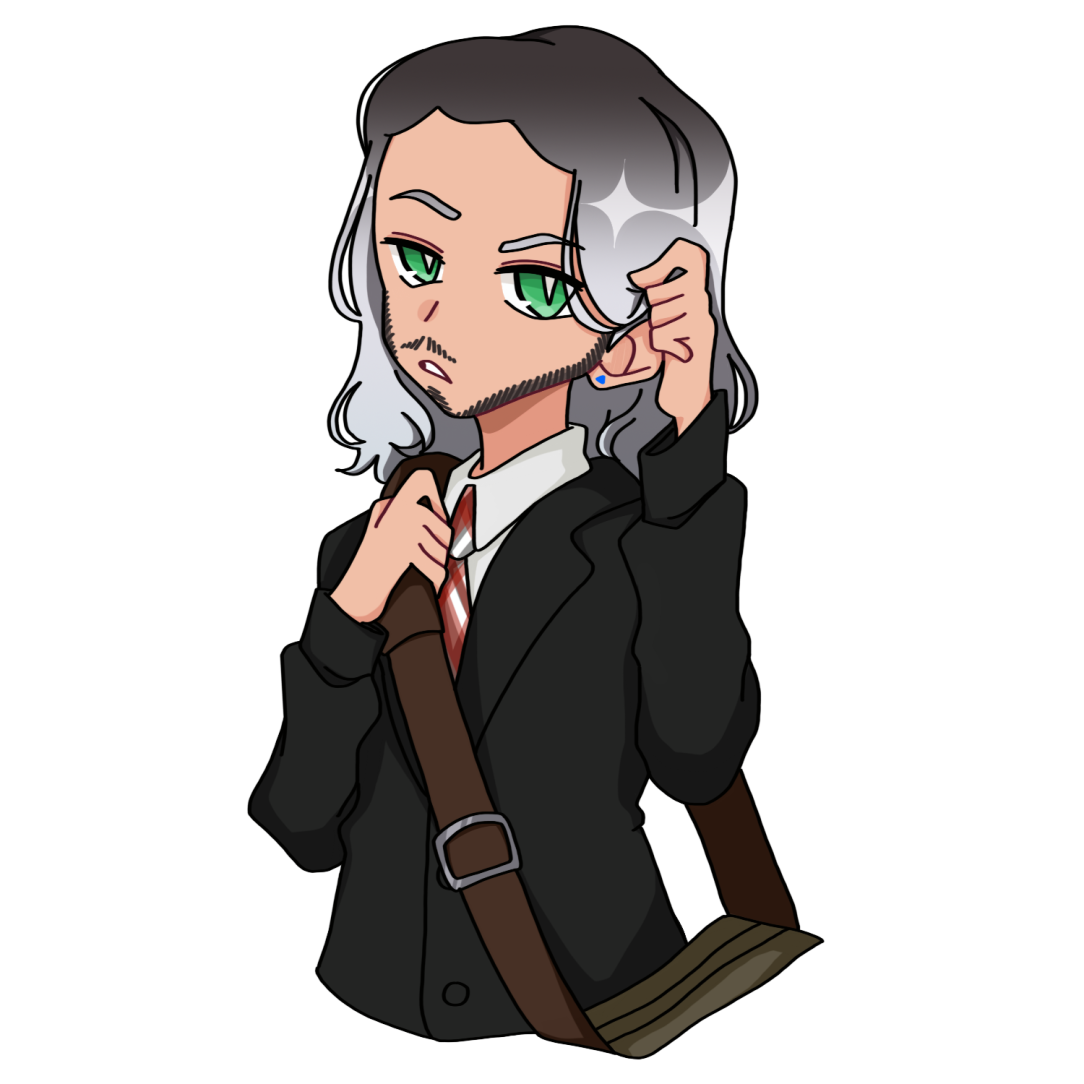 Who’s Who: Sage of the Bloodworth Coven

Their familiar is a raven by the name of Genevieve. Most witches do not meet their familiar until after they reach adulthood, but the pair met when Sage was seven years old.

Hair: chestnut brown dyed a platinum silver, wavy, a little past the shoulders

Greatest fear: being a failure

1. Sage was born as the sole heir of the Bloodworth Coven, a long line of witches and warlocks who specialize in blood magick.

2. Their familiar is a raven by the name of Genevieve. Most witches do not meet their familiar until after they reach adulthood, but the pair met when Sage was seven years old.

3. Their father is Abraham “Bram” Bloodworth, the head of their coven; their mother is Gloria Cromwell, an influential witch from a family that is a part of the Hollingsworth Coven.

4. As they also have Cromwell blood in them, Sage has recently discovered an affinity for aeromancy. They have tried to keep this a secret from all but Axel and Gal, since they don’t want to be lumped together with Lenora and Gray.

5. They may or may not write fanfiction revolving around their favorite anime.

6. Bram and Gloria Bloodworth are the most loving parents; they dote on their heir, sometimes to the point of smothering. Sage is only occasionally embarrassed by them.

7. They have a bit of a green thumb, so they began taking the botany elective their sophomore year. That’s how they met Gal Franco, their best friend.

8. AOA’s’ football team is made up of mostly Hunters and Haunters; only a handful of Enchanters have ever made it onto the team, and Sage is one of only two witches to play for them. The other is Max Quercini.

9. Despite their athleticism and success at the sport, Sage loathes being the center of attention, and they cannot stand fake praise. They’re known for simply walking away from conversations, particularly with witch heads like Lenora and Gerardo.

10. Sage is too awkward to understand that quoting Shakespeare to someone like Axel won’t help get their feelings across.

Who’s Who: Gal of the Serafim Coven

Who’s Who: Axel of the de Ardo Coven

Who’s Who: Max of the Quercini Coven

Who’s Who: Jett of the Salem Pack

1 comments on “Who’s Who: Sage of the Bloodworth Coven”