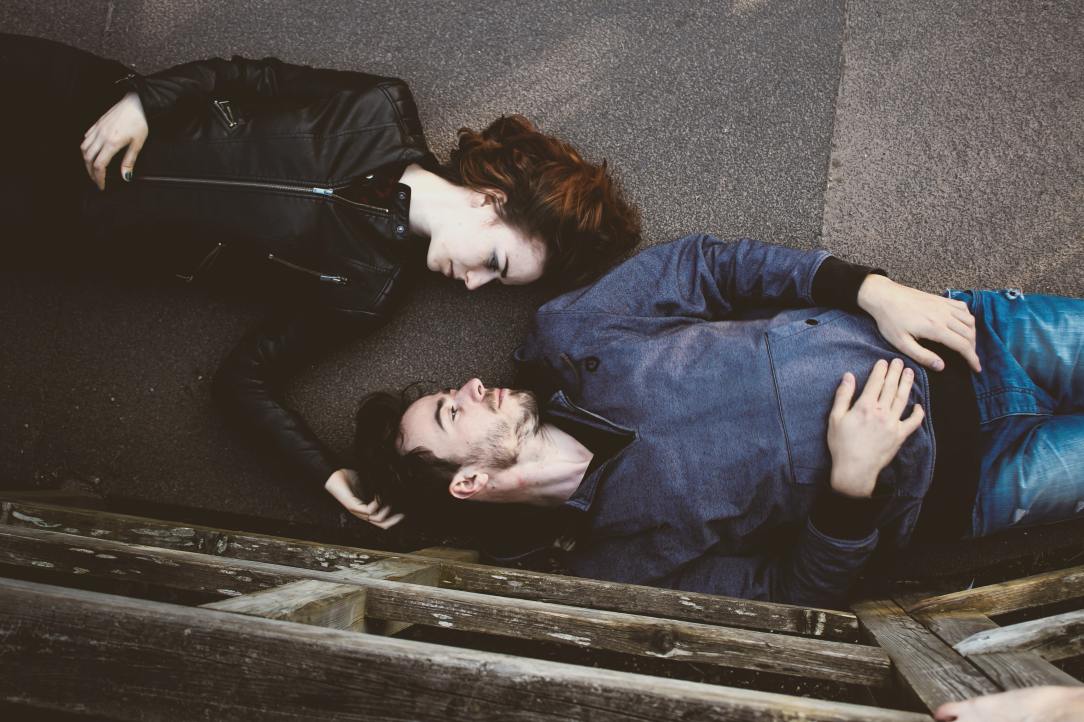 Thursday was when things started changing.

It started when Gabby and Benji came to lunch without Koji. He had skipped school again, only this time he hadn’t said a word about it to either of them. He also wasn’t answering his phone, which was weird–we had all become attached to these foreign devices, so even after a couple days we knew that Koji taking longer than fifteen minutes to text back was not the norm. Tawni was working on another project, Kaine was expected home as soon as school let out since he stayed out Tuesday night without permission, and I had promised Marilyn I would cover her babysitting shift this week, so Gavin was going to go with the freshmen to visit Koji and make sure everything was okay.

Apparently Carmen had bumped into Mair before she and Frankie arrived at the coronation, so she already knew that I was going to babysit her brothers. She told me to be at her place Thursday, so after Marilyn dropped us off, I waved bye to my friends and ran across Mair’s lawn to Carmen’s house. I’m not entirely sure what their situation is, but it’s just her and her brothers living there. She was on her way out the door by the time I got there, so she handed me a list of rules for the boys, thanked me for the favor, and drove off. Walter’s car was already in Marilyn’s driveway, so I knew I couldn’t reach out to her if I had a question. It was just me and the two Mantovani boys, the little nightmares I had heard so many horror stories of.

Seems fact is far different than fiction; Carlo’s only a couple years younger than Gabby, and Cosmo’s nine. I was expecting for them to both be between first and third grade, so to have them actually listen was a nice reprieve from the monsters I had imagined. Things went great, I think: we had a videogame tournament (I lost… Miserably.), then I made them dinner (I’m not much of a cook, but I make a decent spaghetti and meatballs.), and after they each took a quick shower I put on a movie for us to watch.

The kids were knocked out by the time I heard a knock on the door.

Who could that be?

Lizzie eased her way out from beneath the heavy bodies of Carlo and Cosmo, setting them down gently onto the sofa. She jogged silently over to the front door and peeked out through the peephole, curious.

Her heart skipped a beat when she saw his familiar coal-black curls and emerald eyes. He was standing on the other side of the door, his expression burdened.

A miniscule wrinkle formed above the bridge of her nose. What’s with that face? Did something happen?

She opened the door, and he met her gaze. They shared a quiet pause as they both caught their breaths.

“H-Hi,” she finally said. What the hell is wrong with me?! It’s just Monty…

His smile was dazzling, almost too much for her to bear. “Hi.”

“So, what are you doing here?” she asked in a matter-of-factly tone. She shifted her weight from one leg to another and thought, God, this is awkward as hell. I asked him out, and now I can’t even talk to the guy.

Monty ran his fingers through his hair. “Uh, well, I heard you and Carmen talking about how you were going to babysit her brothers tonight instead of Mair–and it turns out she and Frankie have plans with the council tonight, so she’s going to be out even later. So I thought I’d come by and see if you needed any help.”

Lizzie stepped out of the way, beaming. “Thanks. They’re right here.”

Monty entered the small home with a nod and looked around. The film was still playing on the flatscreen television mounted above the mantle, and both boys were sprawled on the cream-colored sofa right by the front door. Lizzie had managed to get them in their pajamas before they settled down for the movie. A couple videogames littered the floor directly before the fireplace, and some action figures were left lying around.

The prince frowned as Lizzie shut the door. “So, what exactly do you need help with?”

“Taking them to bed,” she explained. “They’re bigger than I thought–I can’t carry them myself, and I can’t leave them on the couch.”

“Ah,” Monty nodded, his cockiness in full force. “I see. Finally, you get to see my big muscles in action!”

She giggled and busied herself with picking up their toys. “ ‘Big muscles’? To carry kids to their beds?”

“Says the one who’s too short to do it herself.”

She jabbed his side with the plastic head of a muscular action figure. “Ow!” he gasped. “You betrayed me, G.I. Joe!”

The two swiftly took to their tasks, tackling them in a comfortable quiet that was in part due to the sleeping children. Monty had the Mantovani boys in bed within minutes, and Lizzie had the movie off, the toys put away, and videogames back in their place. She had moved on to the kitchen when the angel returned.

“The kiddies are in bed,” he reported. He gestured to her with a nod. “Need any help?”

She shrugged. “I wash and rinse, you dry and put away?”

He swiped a dishcloth from one of the drawers and patiently waited for Lizzie to hand him a dish. Another silence fell over them as they worked, though there were only a few dishes, therefore they completed their assigned tasks within minutes. Lizzie was wiping down the counters as she watched Monty put away the final glasses.

“Thank you for helping,” she concluded with a sigh of relief. “I don’t know that I could have gotten them to bed on my own.”

Monty smirked and offered her a half shrug. “Thanks for accepting it. I know you prefer to take on the world by yourself, but you don’t need to.”

“Yeah, well…” She led him back to the living room. “Takes one to know one.”

The two sat on opposite ends of the sofa, facing one another. Lizzie was curled up with her sock-covered feet tucked beneath her, rubbing her arms through her sweater.

“You cold?” Monty asked. When she nodded sheepishly, he stood and took the blanket that had been folded over the back of the couch. He pulled it over to Lizzie, who leaned forward and let him do his thing. He was about to drape it over her shoulders when he added, “Oh, shit! One sec.”

“Okay.” She felt the blanket fall onto her shoulders, and she watched with wide eyes as Monty emptied the pockets of his tan hoodie and pulled it over his head. He was standing right in front of her, earning the human a front-row view as his black shirt was pulled up at least half a foot. Heat rushed to Lizzie’s face as her wide eyes studied his defined abdominal muscles. Holy shit, he’s jacked!

When he finally wrestled his way out of his hoodie, he handed it to her with a sweet smile. “Here, put this on.”

She thanked him and hastily put it on, eager to hide her face. There has to be something wrong with me. I keep thinking about him, and me, and…

The soft clunk of wooden logs being placed in a firebox caught her attention. She forced her head the rest of the way through and did the same with her arms as she continued to watch the angel. He was kneeling before the hearth, adding kindling to the short logs before striking a match and lighting a fire. Monty placed the firescreen over the opening and stood from his crouch; he glanced her way, looking boyish with his tousled hair and triumphant smile.

“You look warmer already,” he mused. Monty reclaimed his spot on the opposite end of the sofa, reminding Lizzie that there was only two feet between them. “Should I hold off on making hot cocoa and searching for a heating blanket?”

She pouted, not wanting to show him how amused she felt. “We can’t all be from freezing planets.”

He shrugged and nodded. “I don’t know, Liz. I’ve met humans who can handle the cold better than you.”

Lizzie thought back on her friends. “Mmm, nope. All the humans I hang with are the same way. The cold just sucks.”

Monty reached over and brushed a loose curl off her forehead and behind her right ear. She hadn’t even realized that she had messed up her hair while putting on his hoodie. “You sure you’re warm enough? Nothing else I can do? I can go look for another blanket, if you want.”

Feeling bold, she reached up with her right hand, trapping his palm against her cheek. Lizzie planted a small, fleeting kiss on his callused skin, maintaining eye contact.

A tense silence washed over them as her mind finally registered her request. Did I… Did I really just–?

His face was flushed red. His eyes were gentle, pensive; he studied her dazed expression as she closed the distance, snuggling up to his side. His left arm held her close, his hand resting on her hip. She pressed her body up against his, grateful for the extra layers of warmth between them. She had rested her head on his chest and her hand on his abdomen, only for his free hand to take hold of hers.

“Th-Thank you,” she whispered. Lizzie had no idea what else to say.

His lips brushed against the top of her head. “You’re welcome.”

His heartbeat rapidly in her ear. She felt his lips press against her scalp, and she turned to face him. The two were only inches apart; Monty had begun to pull back, only to hesitate, waiting.

Lizzie was debating on what to do next when they both froze at the sound of a distant scream.

Photo by Toa Heftiba on Unsplash