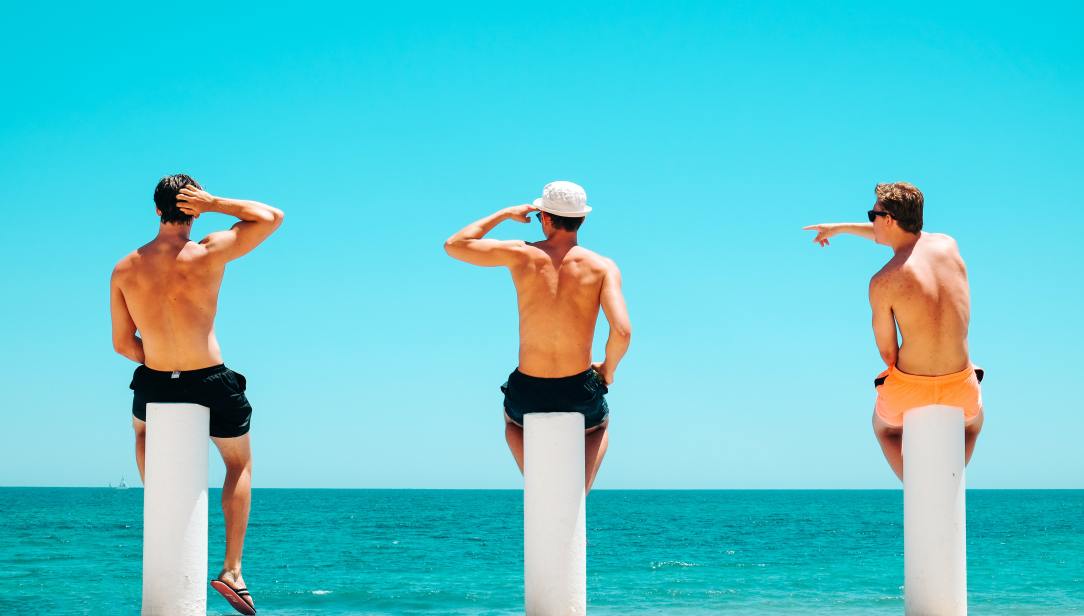 Sorry for the late posting. This weekend was a lot.

This can’t be happening.

“Hey, Car!” The enthusiastic greeting came from Gunnar Naismith, Lilly’s older brother and the head of their coven. He shared his sister’s hazel eyes and straight golden hair; the latter was kept long enough to reach his cheekbones, even swept to the side as it was. He was seated in front of Max, and while I could tell Gunnar had good intentions, he was putting his friend as much on the spot as he was me. “I haven’t seen you since last year–you grew a bit taller!”

Heat rushed to my cheeks as I feigned a cool head. “I’m the average height for my demographic, thank you very much.”

Gunnar snickered, pulled out his phone, and asked aloud: “Hey, Jinx, what’s the average height for women in Spain?”

Smancy’s magickal assistant app responded: “The average female height in the country of Spain is one hundred and sixty-three centimeters, or about five feet and four inches.”

Gunnar set his smartphone down on his desk with a smug look. “Lil has a good five inches on you–so you’re, what? Five feet?”

Val and I had spent much of our childhood with the heirs of the Salem covens; Mami had hoped to absorb their numbers and gain more power as the head of the largest witch coven in the world, but the Naismith Coven had a long lineage of proud sorcerers. Shadow magick like theirs would be a powerful asset, but having them join our coven wasn’t on my to-do list.

Even so, I’m not going to let him goad me into a showdown like the ones we used to have when I was in primary school. I narrowed my eyes and grinned at the witch head. “Makes kicking shins easier.”

The class erupted in fits of snickers; the other witches in my group dissolved into giggles, while Omari let out a hearty guffaw. Max, who had kept his eyes glued to his phone since Gunnar had called out to me, even chuckled under his breath.

Gunnar grinned at my response. “Good to see you, too. So, are all your classes junior level?”

I shook my head. “Only about half of my core classes are. The rest are sophomore level.”

“Whoa, really?” He already had his phone in his hand again. “Maybe we have some other classes! I’ll add you on Enchat–send me your schedule!”

I couldn’t help but scoff out a short laugh. “No thanks.”

Max and Omari cackled over Gunnar’s expression; he was mostly shocked, but he did his best to appear hurt. “Car?! You used to be nicer to your big brother figures!”

When I retrieved my phone from my bag, unlocked the screen, and began swiping through Enchat, the heir of the Naismith Coven brightened up. “See, guys? Car’s one of the biggest sweethearts you’ll ever meet–”

I entered a new chat with the desired witch, pressed the voice-to-text option, and brought my phone to my lips. “Hey, Lil? Gun’s making fun of short people.”

He was interrupted by a series of vibrating, and he pursed his still-smiling lips and exhaled through his nose. “Aaaaaand there’s Lil. Thanks, Car.”

Professor Penn had spent the first ten minutes reading at her desk, granting us a few more minutes of freedom before she took over. The remainder of our time together was used to go over the curriculum for the first quarter. I perused the document the professor had emailed us, but my mind continued to wander from the subject at hand. Sure, part of me was nervous to stay behind after class for a few minutes to request an interview with Professor Penn, but another part of me was concerned over the young man seated just five feet away.

It’s insane to think about how little I know of my own brother, I thought, sneaking a glance over to Max. His hair was the same shade of onyx black and the same thick, curly texture as my own, though his locks never fell past his brow. His eyes were as dark as mine, his cheeks were sculpted, his jaw defined–

I averted my wide-eye gaze. Everyone says he’s the spitting image of Alfonso Quercini. But if we look similar, does that mean I look like his… Our father?

I frowned at Diego as Oreste and I joined him at the end of the corridor. He and many other witches were gathered there, murmuring amongst themselves. Probably spreading gossip. “Did something happen?”

Diego and Oreste were the only two members of my coven that remained at the academy, so they were aware of my concerns. A handful of other members had graduated the month before, and another few would be enrolled next spring. But these two will be gone by then, and I’ll need to choose a replacement among the freshmen before I leave them.

“It would appear that Wihnhilda doesn’t want to relinquish her position to the rightful heir,” sighed Diego. He stared daggers at the De Ardo head as he spoke, not caring who among the other Enchanters heard. His teal irises had taken on a murky tint. “It’s a damn shame when the old won’t give way to the new.”

Wihnhilda Nurse made a point to avoid meeting Diego’s eyes as she clucked, “What goes on in my coven is not your concern. Being the second heir doesn’t make her the ‘rightful’ heir–she has to earn her seat at the table.”

“Oh, she’ll earn it,” Oreste chimed in. His tone had a lilt to it that made Diego and I share a quick glance–it was the tone he used whenever he knew something others didn’t. “You’ll see.”

The De Ardo witches swapped horrified looks as I pushed past, Oreste and Diego in tow. We entered the crowded breakfast cafe, and I was about to ask if either of them knew the direction Cari had gone in when Diego nudged my arm and gestured to the left with a nod.

Oreste separated from us and headed for the coffee bar, and I followed Diego to a booth toward the rear exit. My eyes scanned the crowd, searching for the girl in the photo father had sent me. “Where–”

“Shhh!” Diego cut me off with a wave of his hand and pulled out his phone. His eyes were trained dead ahead, retaining their murky tint. I followed his gaze; we were seated with a perfect view of Sage and Axel. The latter was whispering to Sage, who was penning questions inside of a notebook.

My phone buzzed, and I pulled it out and read the latest message in our small coven’s Enchat group.

Diego read my message quietly to himself before nodding and resuming his stare. I sighed and typed up another message.

It was Diego’s turn to frown. “But your father–”

The senior conceded; his eyes returned to their normal light teal shade. “Fine. But know that we’re here to help you with whatever you need, no matter what.”

Oreste returned with our drinks, handing Diego his super sweet macchiato. “All that sugar will kill you someday.”

Diego paused from his sip. “I-Is that something you saw in a vision?”

Oreste handed me my hot beverage and sat to my right with his own. “Nope. It’s common sense.”

“Don’t say shit like that, asshole!” Diego grumbled under his breath from my left. “I thought I’d have to kiss my favorite drink good-bye…”

“Did you see her up there?” I asked. “Did something happen back there with Wihn? Is Cari okay?”

Oreste let out a snort. “Quit worrying so much, Max. She doesn’t need you to baby her.”

My eyes returned to the vampire. “Because she has him.”

“Nah, she doesn’t need him either.” When I shot the upperclassman a questioning look, he cocked an eyebrow. “What? You jealous that the big brother role has already been taken?”

I grunted and sipped my coffee. “That role was taken long ago by Val–I’m just doing as my father asked.”

“Oh?” he challenged. “We both know being an only child can be lonely.”

“Mmm!” Diego paused mid-sip to agree. “Yeah, you two are lucky you don’t live with siblings. Competitive bastards, all of ‘em. I’d trade my siblings for you guys any damn day.”

Oreste let out a dramatic gasp and placed a hand over his left breast. “Be still my heart–Max, did you hear that? I think Diego actually likes us!”

“I regret every word I said and I take it all back,” Diego muttered, his ears turning red.

Photo by Joel Bengs on Unsplash